Welcome to the new home of this blog; I’m glad you found your way here.  There’s work to do yet setting up all the features exactly as I want, but I think it’s close enough to ready to take it out for a spin and introduction. 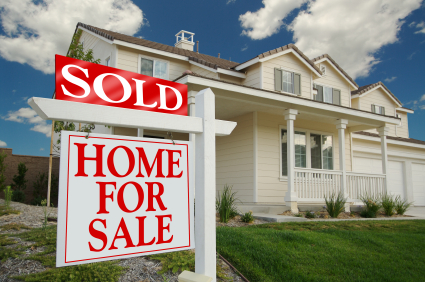 One major change you’ll notice is that comments will be possible both here on the site, and on Google+.  I will always post a link to G+ when there’s a new entry here.  With the Blogger platform I often had some trouble doing that.  Here, it is seamless and reliable (so far).  I also noticed many times, people would comment on a post… somewhere.  Their comments would wind up in a strange limbo between G+ and Blogger/Blogspot, and I could not reply.

Other than that, I will say that Blogger kind of felt to me like “training wheels” for blogging.  Today, I am taking them off.  I expect a few scraped knees, but so it goes.  Also in the forecast: overstretched metaphors.  But I don’t think the platform where I host the blog affects that.

Over the long holiday weekend, I hope to be moving the blog from here to a dedicated domain, powered by WordPress.

I will post in parallel for a few cycles to make sure all is well.  All my G+ echoes will be shifted to point to the new location, though.

Commenting will be on the new site.

Look for the new URL as soon as the older posts are migrated.

I can’t write a blog post today so here is the text of a collection
of Post-It Notes I found laying around the old bloggery.

Yes, President Obama said “nigger” during an interview
this week.  The word exists and people (obviously) still
do not understand much about it.
How about we pay attention to the other 43 presidents
and thousands of other elected officials who’ve undoubtedly
used that word as a slur, and not in a lesson.

Atheism is a religion like:
– Not collecting stamps is a hobby
– Abstinence is a sex act
– Off is a TV channel
– Fasting is a meal
– Nudity is a clothing line
Thanks to Hemant Mehta

If you think Josh Duggar
is just an aberration, learn
more about Quiverfull here.

North Carolina Republicans did not think an upcoming judicial
election would go well for them.  So they canceled it.
If you doubt this is a dry run for a larger (national) move like
this, please check out my craigslist ad for that bridge in NY.

I have, numerous times, at work in the afternoon, said to
myself, “I wish I had ridden my bike here today.”  Not ONCE
have I said, “I wish I had NOT ridden my bike here today.”
This morning, when the conventional forecast said, “Rain
until mid-afternoon” I almost did not ride.  But then I checked
forecast.io and it showed me that for the next hour or so I
would see a break in the rain.


forecast.io rocks. And the weather is beautiful now, and
my bike is in the rack downstairs.

One Foot in Front of the Other

When I started this blog I committed originally to writing something on it every day.  I also said that some days it might just be pictures of my cats.  OK, there was a picture of my “main” cat on yesterday’s entry but I think that one qualifies as a little more than just a cat-picture.

Some days no topic springs to mind.  Some days it’s difficult to choose from among all the topics demanding to be written about.  Sometimes you want to write something self-indulgent but it’s hard to embarrass yourself in front of your dozen of readers.   A glance to your right will, for a while, show you what I was determined not to write about today.  Maybe I will have to, but not until it grows one more zero.

“One foot in front of the other” is often the most efficient route to your destination.

It all began from this meme, originally shared by +Al Acton via +Dezzi The Humanist.

I thought I would do a count-down style list of reactions to these things.  Part way through, someone told me about her experience with one item not on the list and I knew I had to add it.
What struck me about the experience of writing each one of these is how easy they were to deconstruct.  I applied the modicum of empathy that I can summon and put myself into the mindset of the person who would say this, and then the person who might be hearing it.  Given my current state as the person way more likely to hear these things than to say them, the one who says them takes the worst of it.  But that doesn’t change the fact that I have been each of these people.  And so to the people saying these things, I ask you to try also to put yourselves into the mindset of the ones hearing them.
The series is now complete.
Earlier:
11. “It’s all part of God’s plan.”
10. “You are being fooled by the Devil.”
9. “You’re just going through a phase”
8. “The fool says in his heart, ‘there is no God’.”
7. “You just want to sin.”
6. “God still loves you.”
5. “You can’t have morals without God.”
4. “One day you will know the truth.”
3. “You must not have been a true…”
2. “Eventually, God will reveal himself to you”
1. “I will pray for you“