Jeb! The Donald! Notes from the Clown Car

Notes from the Republican clown car… or as they like to think of it, presidential campaign.

Jeb Bush has been running for the office ever since he noticed that his brother W (for “Worst-ever”) did not actually get indicted for treason.  But he’s afraid that people might actually remember that brother of his who lied us into a war in Iraq because twenty Saudis trained in Afghanistan to crash four planes into the sides of buildings in the US.  And who crashed the economy into the side of a mountain in order to make his billionaire buddies billioner.

So his campaign’s official logo conveniently omits something:

That’s right – no last name.  Seems about right.  If my name were Bush I would probably just move to the Caymans so I could be closer to my bribes hard-earned wealth.
story

Meanwhile, back at Clown Central, the clowniest clown who ever clowned has agreed to a ride in the Clown Car

So now the Party of Nope is ever more solidly the Party of Dope.  Let’s hope he gets sued by Neil Young soon for illegally using “Rockin’ in the Free World” as his campaign music.  Is it possible there’s another song that more completely indicts the sliminess of the 1980s selfish-conservertarian swamp that spawned The Donald?
‘nother story

Pebble in the Park

Someone left this on the picnic table where I ate lunch today, in Washington Square Park. 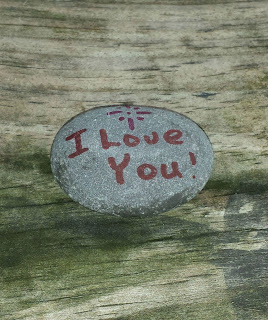 I hope this is the output of an attempt to truly spread a random positive message and not a specific targeted one.  I would hate to think it’s some kid trying to get through to her crush… and instead this old lump of a man who works across the street finds it.

Anyway, I did not keep it. 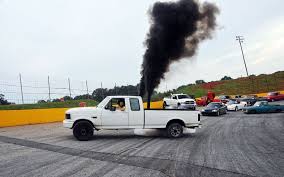 There’s simply no way Ann Coulter truly, sincerely believes all the insane garbage she spews.  It has to be some kind of massive prank, or a bet, or a bizarre tontine of… ludicrous hateful statements, maybe?

Anyway the latest flood of her verbal sewage suggests that the “problem with this country” is immigrants.  Not “illegal immigrants,” mind you.  Immigrants.  Now, by “immigrants” she means those who immigrated after her ancestors had.  So that would be the Irish and the Chinese and the Italians and the Jews and the Mexicans and the Vietnamese.  Among others.

But I think if we really wanted to solve the “immigrant” problem comprehensively we should take it up to the real authorities on watching what happens to this country as immigrants arrive.  The Iroquois, the Powhatan, the Seminole, the Cherokee and the Sioux.  Among others.

So I’m guessing that is not what Coulter meant.  It’s hard to know what she really meant, though.  I think it might be a tontine.  Maybe we’ll find out when she dies.


(To find out what she meant!  What did you think I was saying?)