There can be no doubt that the Republicans and the conservative movement in the US are waging war on the humanities.

There are actually solid reasons, from their point of view, for the GOP to oppose education in the humanities.  Not for nothing is it called “liberal education.”  In no sense does humanities education specifically indoctrinate students into the ideas associated with progressive and liberal politics, but then, it doesn’t have to.  Reality… as we know… 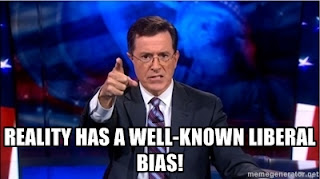 Beyond simply slashing spending, Walker was also attempting to alter the language that has guided the core mission of the University of Wisconsin over the last 100 years or more, known as the “Wisconsin Idea.” Apparently Walker’s ideal university would no longer “extend knowledge and its application beyond the boundaries of its campuses” and would thus cease its “search for truth” and its efforts to “improve the human condition,” as his proposed language changes scrapped these ideas entirely; the governor’s scaled-back objective was for the university to merely “meet the state’s workforce needs.”

University as trade school, serving only the needs of Walker’s corporate owners donors.  The last thing Scott Walker wants is a university that teaches students to seek to improve the lot of everyday people, and how to accomplish that.