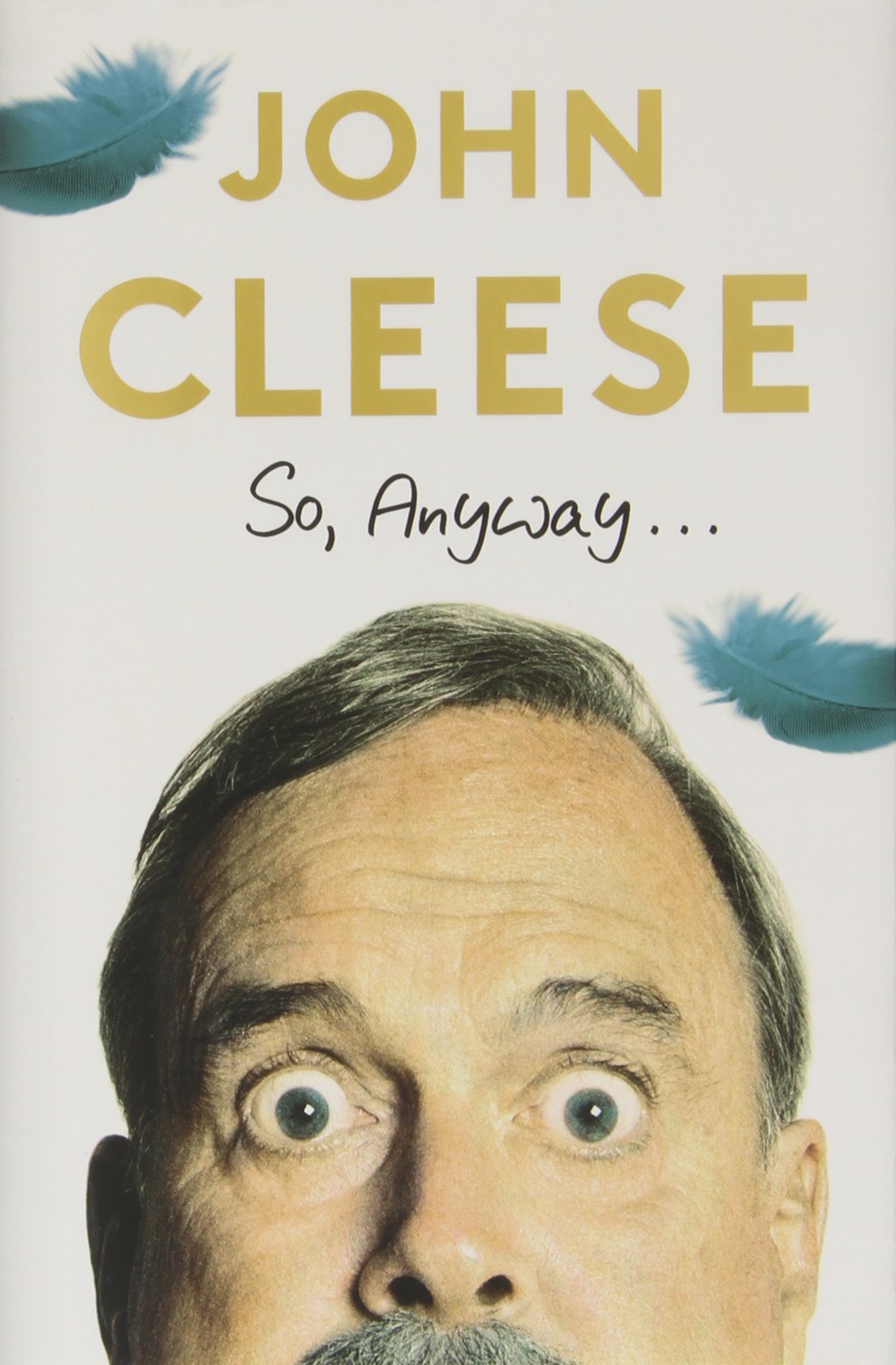 It had me at the title — I start sentences this way all the time.  But c’mon, it’s John Freakin’ Cleese‘s autobiography!

I am working my way through it, savoring it a little bit at a time.  This is not really a review of the book (SPOILER ALERT: IT’S GREAT, BUY IT NOW!) because I am not finished yet.  I just want to share with you a passage that I found very affecting, almost haunting.

While studying law at Cambridge, Cleese was a core member of a group called Footlights, who annually produced a comedy revue. Shortly after he graduated in 1963, that year’s edition of the revue was booked into a London theater.  This, plus an out-of-the-blue offer from the BBC to write comedy for the radio, diverted Cleese from the relative obscurity of a legal career.  Here he describes one of the acts that was part of the show in London.

At one moment in the show we pretended something had gone wrong: there was an awkward pause and Tony [psychology graduate student Anthony Buffery] would be pushed on to the stage and would stand there looking embarrassed and confused. He was wonderful at this, as he had an astonishing range of distressed expressions, intensified by his alarmingly pale complexion. He now explained to the audience that he had been asked to “fill in” and that he would do so by performing some farmyard impressions. Then he did his impersonations of a cow, a cockerel and a sheep — and they were all absolutely awful. He apologised, but explained that those were the only ones he did. By this point the audience would be confused and uneasy. Tony now announced he would tell a joke. And he did. And again it was terrible. He apologised again, said he would try to do better and told another one — this time a fairly good one, and the audience laughed, partly out of relief. When they did, Tony jumped up and down with excitement and called to the wings, “They laughed! They laughed!” Then he thanked them for laughing, and said that as they had liked the joke so much, he’d tell it again. So he told it again, the exact same way. Silence. Tony looked crestfallen. He looked at the audience, paused, and then said, “Please laugh.” I have never felt such discomfort in the theatre. Then Tony confided in the audience, “Please laugh. My mother’s in the audience tonight.” By now, some people were trying to hide under their seats. Tony scanned the balcony for some time, looking for his mother, and then smiled sadly and said, “It’s all right, she’s gone now.”

I thought it was wonderful but only a small part of the audience agreed, and it used to take a while to cheer the rest of them up after Tony had finished.  This just goes to show how much tastes in comedy vary.

From the first time I listened to a Monty Python sketch (I heard them on records before I ever saw them on TV), I knew there were layers under layers to their humour.  I still find new aspects to it, forty years later.
John CleeseMonty Python